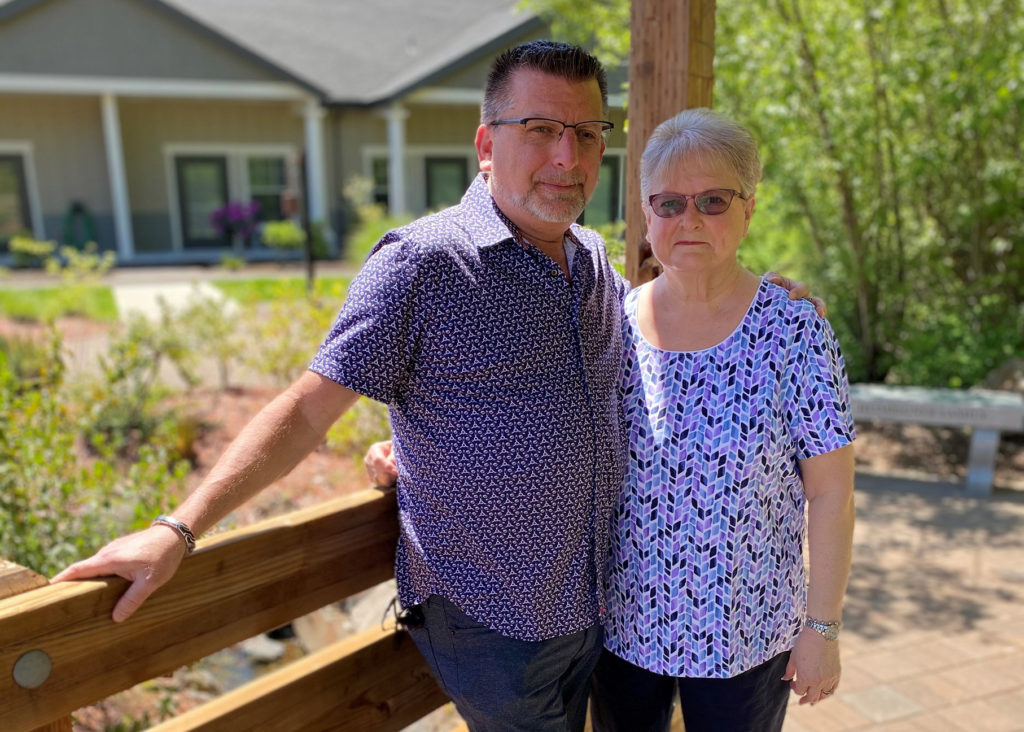 The Merricks have a long history of giving back to the community, but following his father’s passing, David Merrick was particularly inspired to give back to the organization that supported his family through one of the most difficult times of their life.

He started a GoFundMe and raised $3,117 for a blanket warmer for the Elaine and Don Heimbigner Hospice Care Center in Vancouver.

“The people (at Community) were just really great to work with and they were very caring,” he said. “I felt since it’s a nonprofit and donation based, I wanted to do something for them and I had the ability to do that.”

David’s mother, Barbara Merrick, carried the same sentiment, but chose to support them in a different way.

“After (my husband’s) passing, I had time on my hands,” Barbara expressed, referencing the few months she’s spent volunteering for Community. “I’m just thankful every day that I can come in and help do whatever they need done in the office so the caregivers, nurses and staff have more time to do what they need to do.”

Barbara and David are hopeful that with the pandemic reaching its end, more people will come help them bolster the hard work done by the healthcare team at Community. For now, they’ll continue in the late Richard Merrick‘s footsteps by giving back in any way they can.

Our home care services can help your loved ones live…