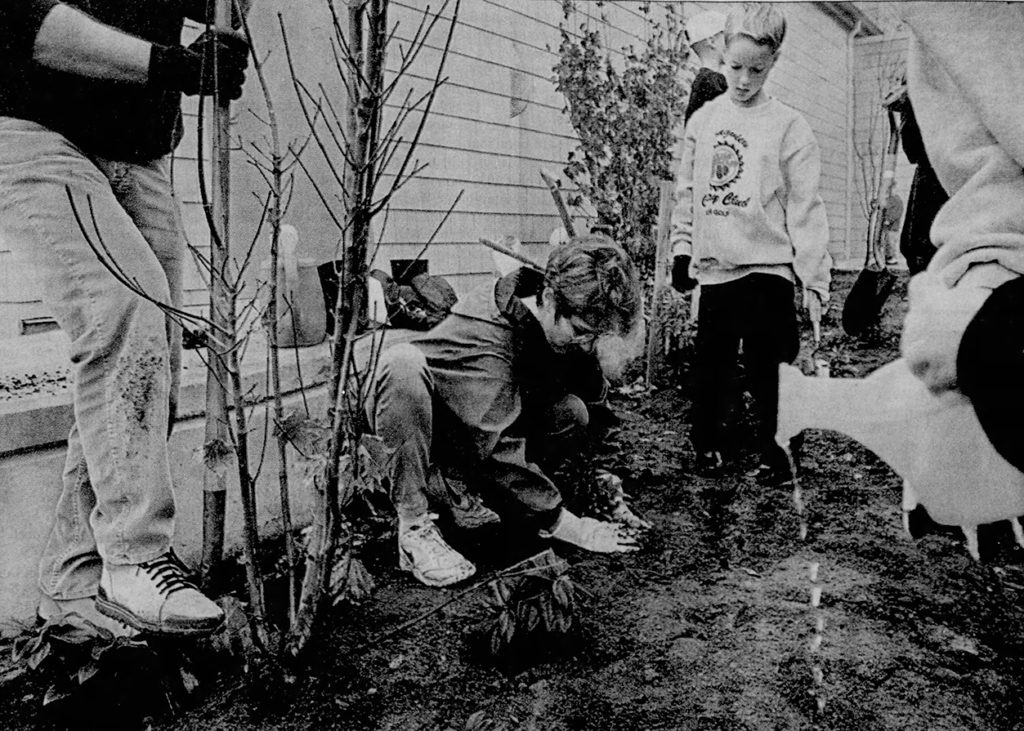 45 years ago this month, founder Lorraine Berndt incorporated Community Home Health to better serve the growing home health need in Cowlitz County. It would take one year for Community’s hospice program to be introduced, and another six for Community to open Longview’s very own hospice care facility. In this week’s dive into the archive, discover how Washington’s first hospice facility was truly built by the community for the community.

“Volunteers give boost to hospice” by Laurie Smith, The Daily News

Unemployed carpenters, painters, plumbers and electricians are teaming up in a task like an old-time barn-raising at 1035 11th Ave. in Longview, the site of the future Hospice Care Center.

“I had nothing else to do, and it’s for a good cause,” carpenter Don Cooper, 57, said this week. Idled by the recession, he is one of five to eight unemployed or retired tradesmen who have donated their services daily since the foundation was poured April 5.

The hospice, a four-bed nursing center for the terminally ill, is expected to open in September.

Community Home Health Agency originally estimated that the care center and offices would cost $230,000, but donations have surpassed anyone’s expectations, says Lorraine Berndt, Home Health administrator. So far all of the labor has been free, and materials were donated or offered at a discount.

Home Health is building the hospice on $40,000 worth of land donated by Dr. Bernard Pepin, a Longview dentist.

Both the contractor, Ed Cutright, and the foreman, retiree Jerry Duby, have been on the job daily. Duby says the only other similar projects he’s taken part in were roof-raisings for people whose barns or homes had burned down.

“It’s like pitching in to rebuild a barn for a neighbor,” Duby said. All of the workers are journeymen in their trades, he said, and the only compensation they receive is a morning snack and an occasional lunch courtesy of Home Health Agency and people in the community.

Members of 12 labor unions are pitching in: the Carpenters Union, the Electricians Union, the Plumbers Union, the Laborers Union, the Sheet Metal Union, Roofers No. 153, the Cement Finishers Union, Operating Engineers No. 701, Painters No. 78, Plasterers No. 82, Teamsters No. 58 and Linoleum and Carpet Layers No. 1239.